We’re still praying our way to the 11 o’clock hour (and each hour after that, tbh).

But we were able to hear directly from Dr Hughes this morning and he was able to give us a very good explanation for what’s going on.

The old liver (who we’ve taken to calling creature #7) had created a condition in Sally’s entire body called portal hyper tension. This is different than high blood pressure. Basically what it means is that because her old liver had lost a lobe it wasn’t allowing blood to flow through it at all. Our livers pump blood like crazy. Since Creature #7 had a limited capacity to do its job the blood essentially back flows and finds other places in the body to hang out. Some of you may remember Sally having to have had her esophageal varices banded and removed last year. That’s one of the first places blood goes to hang out because the lining of the wall of our esophagus is so thin it can squeeze through and pool up.

All this to say that all areas of Sally’s body were inflamed. Including her intestinal tract. When they hook up the new liver they actually slice a portion of the tract in two, pull up the side closest to the liver and directly route the bile duct out of the liver into the intestines. This allows the liver to function more efficiently at dumping the bile into the flow so it can keep on doing its job. The other half of the intestine gets reconnected down river and just like that everything is back in place.

Because her intestine was inflamed it means that where that down river reconnect took place the sutures eventually got a little baggy. Therefore allowing a leak. The leak let blood into the digestive tract and well, yeah…

Dr Hughes has taken a series of steps with medications to allow Sally’s body to form clots easier. We need that little connection to start building up a wall and healing where the little leaks are taking place. Sally is going to rest all day, is back on a clear liquid diet and again, if we see the hemoglobin holding strong at 11am we’ll know that there is enough of it to start doing its job and plugging the hole in the dam.

So that’s what we need. Some hefty hemoglobin. We need the Harlem globetrotters of hemoglobin showing off right now. Heavy hittin’ hemoglobin. Because if we can get that leak plugged Sally might be hemoglobin home very soon.

Also, I’m including a diagram that was drawn for us last night (which feels like last week) that did not help us understand what was going on at all. 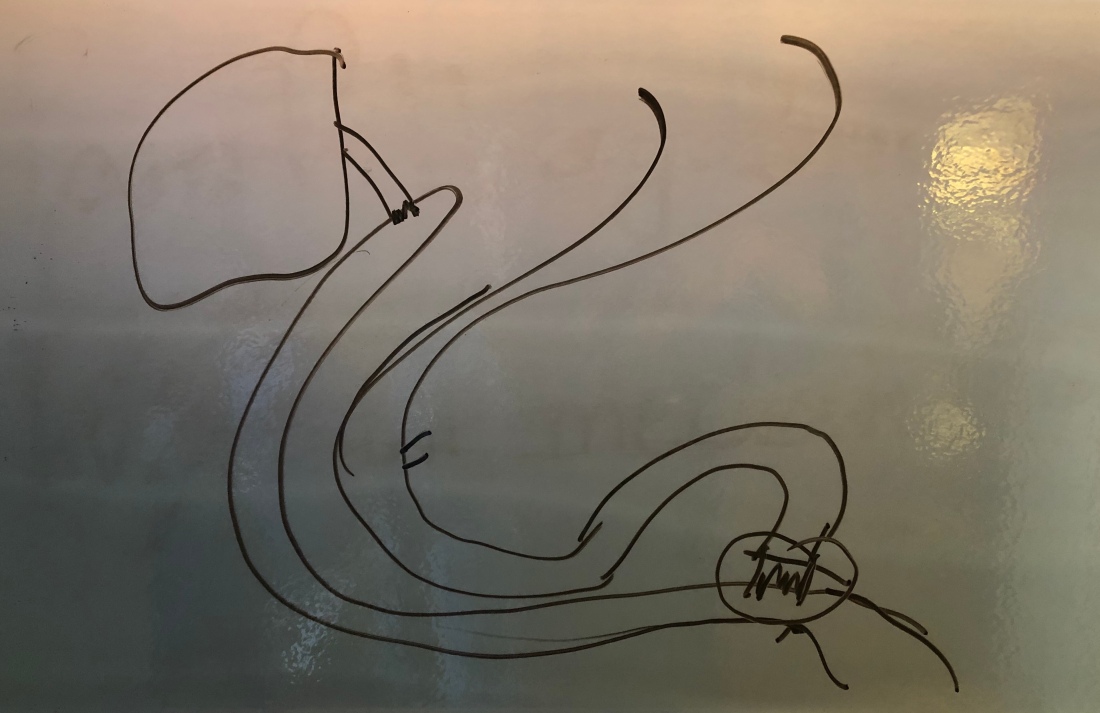 View all posts by sallywright874